They said her village was too far away.
Too remote to travel to Nairobi to meet me at the city amusement park.
But by some miracle and communication error, she came. 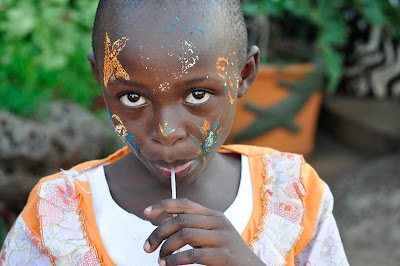 Makena, one of our family’s sponsored children, traveled with a Compassion social worker by motor bike for two hours, bus for an hour, and finally by car to join our newly sponsored boy, Ephantus. They came to meet their sponsor. Me. 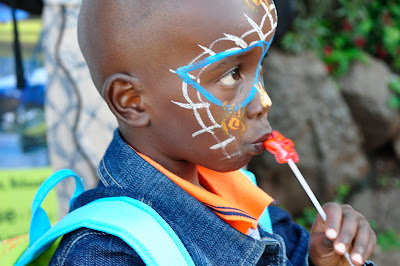 It was a double blessing.
Makena, 7, experienced one hundred firsts today, including leaving her primitive village and riding in a car for the very first time. Ephantus is six and is from an urban Nairobi slum. I cannot describe the unbelievable connection I had with these children. To them the word sponsor is equivalent to our word hero. They both said my name whispered in their mother tongue with reverence.
It was both humbling and empowering: Sponsorship rescues them from poverty, but it has rescued me from wealth.
Today, I became a mother again. The translator told these two children from different tribes and parts of Kenya, they were now brother and sister. Because of me. Tears mingled with laughter as we all experienced new things….
…..riding on a third world ferris wheel 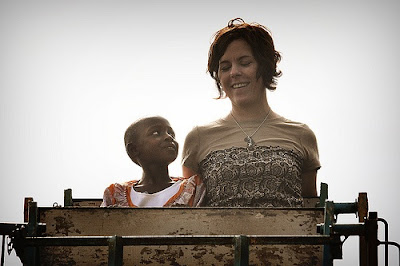 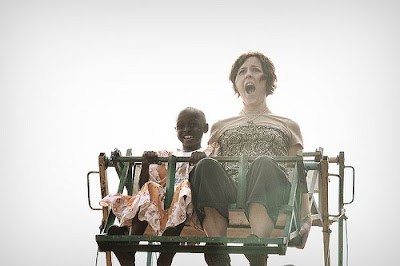 …….and holding a crocodile egg I fought back tears when I learned that Makena’s father was seriously injured in a land dispute recently in his village and was left for dead. He survived, but is crippled and unable to care for his family. I was told “the mother is strong,” but I ache for her as she is both mother and provider to Makena and her three siblings.
But these kids aren’t some distant strangers who will get an occasional letter and $38 a month from an American. This is my family. These are my people. Sponsorship is so much more than a financial commitment, it is a relationship. Relationship breeds love. I love these children. I weep for them. I want Ephantus to have new shoes. I want Makena to have a new dress, since her best one is ripped. I want the best for them.
When it was time to give my sponsored children gifts, I was empty-handed because I had only prepared for one. I was thankful I had stuffed Ephantus’ new backpack very full and brought him two soccer balls. I quickly emptied my polka dotted bag and split the items. I’ve never been more proud to carry my things in a paper sack. A brother and sister born out of compassion: the really good photos are by Ryan Detzel and Brad Ruggles and the thought behind this post was inspired by  Shaun Groves.